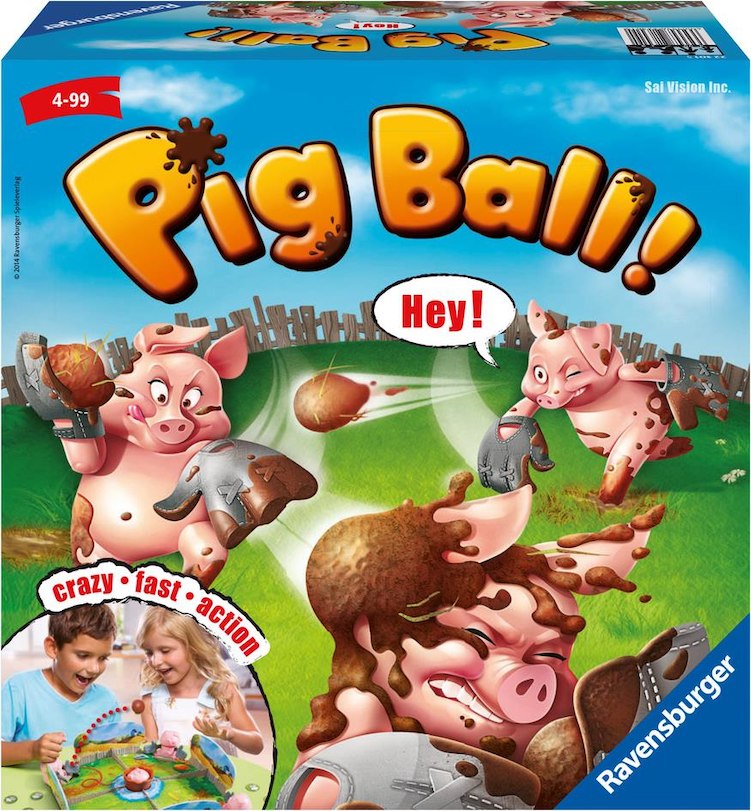 Pig Ball is a fast-paced, action-packed game of reflex action and skill.

While mother pig is taking her bath, the piglets, one in each corner, get into a serious mud-slinging match. The mud ball is hurled in all directions as players pound the head of their pig. By doing so, the pigs’ arms are manouvered to bat the ball to send it as far away as possible.

The mother pig is on a timer. When the timer runs out you don’t want your pig to be caught with the mud ball. Neither do you want to be the player with the most wash-up tokens.

How the timer works

Press the mother pig’s head down until she disappears into the bathtub in the middle of the board. Then wind her in a clockwise direction. The more you wind, the longer the mother pig stays in her bathtub. The game begins as soon as the timekeeper lets go of the mother pig/timer. 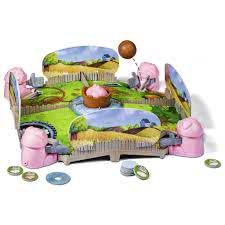 Object of the game

When a player gets their third wash-up token, the game is over. That means they are the cleanest pig of all, something no respectable pic would want to be called! When the timer stops, whichever pig is caught with the mud ball on their side of the fence receives a wash-up token.

Don’t get caught with the mud ball, and collect as few wash-up tokens as possible.

The winner is the player with the fewest wash-up tokens.

From time-to-time mother pig takes a short break from the bath, in order to change the bath water. The timer is removed and replaced with a puddle. Now all the piglets get a chance to sling the mud ball into the puddle. If you hit the puddle you may hand in one of your wash-up tokens.

Seriously good, frantic fun for everyone.

Pig Ball was reviewed by Nikki Bush for Toy Talk in 2017. It was selected for Nikki’s short list of highly recommended games and toys for 2017.

Retail outlets:            Pig Ball is available on www.loot.co.za and in Toy Kingdom stores 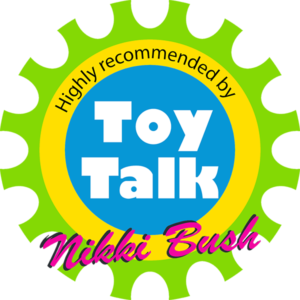